Dr. Fair also volunteers with Santa Rosa County Animal Shelter and is a member of AVMA, AAHA, and FVMA. Dr. Fair has been married to Stephen Fair since 1997 and they have one son, Dennis who was born in April of 2010. Stephen works for the Greater Pensacola Aquatic Club and Pensacola Race Management. Dr. Fair enjoys swimming and running and is a member of US Masters Swimming and USA Triathlon and ran in and completed the 2009 Boston Marathon. 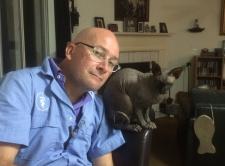 Dr. Frank Avella (Dr. Frank) studied Veterinary Medicine at the largest university of his native Colombia. Within two years of graduation, he was teaching physiology and performing research in Internal Medicine. He received his Master’s degree just prior to moving to the United States in 1999.

“Dr. Frank” practiced in a corporate veterinary hospital in Georgia, later in a small animal clinic in the Appalachian Mountains, then in an AAHA hospital in Florida. Dr. Frank enjoys reading more about internal medicine, playing tennis, teaching, traveling and caring for his Rat Terrier, Pixie, and his Sphynx, Tizon and Cumbia. 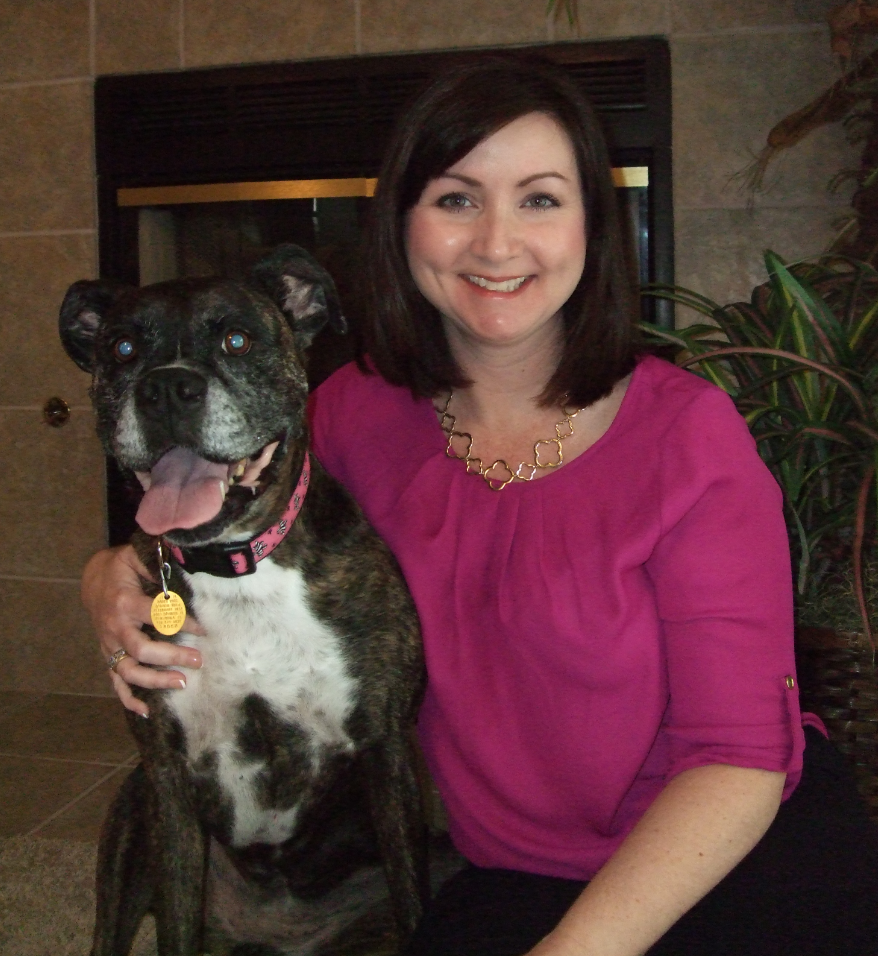 Dr. Lorrie Rhodus Mosley received her DVM from Mississippi State University’s College of Veterinary Medicine in 2003. She has collectively lived in this area since 2007. Four years were spent in Virginia where her husband completed his military career. Dr. Mosley has been married to Roger Mosley, Jr. since 2008. The couple returned to Gulf Breeze after his retirement from the US Navy.

While in Virginia, Dr. Mosley completed training through the Chi Institute of Chinese Veterinary Medicine to become a certified veterinary acupuncturist. Dr. Mosley is a member of AVMA, FVMA, AATCV and is an active member of the Junior League of Pensacola. Dr. Mosley enjoys reading, snorkeling, paddle boarding, gardening, and spending time with her cat Dusty and boxer Toby. 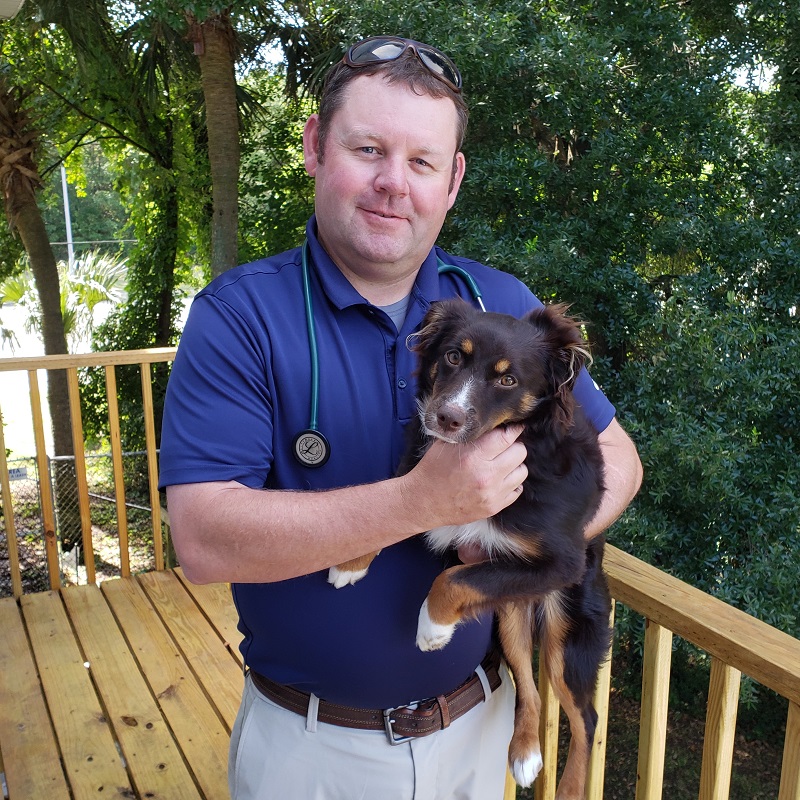 Dr. Ryder Holderman is a native of Ontario, Oregon. Dr. Holderman received his DVM from Oregon State University School of Veterinary Medicine in 2004. He practiced mixed animal medicine in Eastern Oregon and Western Idaho for 15 years. Dr. Holderman helped found and continued to participate in the Ontario Feral Cat program to catch, neuter/spay, and release feral cats in the community where he practiced in Eastern Oregon. He also volunteered as the veterinarian on call for the Malheur County Fair for over 10 years. He is a member of the AVMA and the OVMA.

Dr. Holderman is married to Claire Holderman, a Spanish professor at University of West Florida. They have two children, Sydney and Isaac. Dr. Holderman is an avid golfer. He and his family are excited to be living on the Gulf Coast near some of the most beautiful beaches in the world. He also enjoys reading, traveling, hunting, fishing, and spending time with his lab, Jasper, and cat, Tigger.

Katie has been the Office Manager at our hospital since 2010. She has 3 dogs of her own. (Whistles, Momma dog, and LuLu). In her off time, she loves spending time with her husband Michael, and her two kids, Harper and Henry. Katie grew up in the area and enjoys the beach, being outdoors, cooking, and live music.

Roxanne is our Client Care Specialist and one of the very first smiling faces you will see when entering our hospital. She grew up in a family of 13 children and as the oldest sister, she was in charge of leading her siblings in daily duties. Her desire in life is to encourage, motivate, and lead with a loving spirit. She has 5 dogs (Trixie, Pixie, Sparky, Quincy and Lexi Betsey). In her off time, she enjoys photography and LOTS of shopping.

Jessica is one of our receptionist and has been with us for over 10 years. She was born and raised in the Gulf Breeze area. She has 3 cats (Wall-E, Eva & Violet) and a dog (Jr.) that share their home with her two sons and husband. She spends a lot of time outside working on projects for the yard and house, gardening, and spending a lot of time with her family.

Tiffany is one of our receptionists and one of the first smiling faces you see upon walking in. She moved here from Tampa a few years ago. She has 4 dogs and 2 cats. She enjoys spending time with her family and 7 beautiful kids. Together they enjoy many outdoor activities including fishing and attending Auburn football games.

Kelsey is one of our receptionists and another smiling face you see upon entering our hospital. Her love for helping animals and people brought her to our hospital. She is a Gulf Breeze native. She has a degree in both photography and graphic design. She enjoys reading, drawing, and loving on her fur baby, Kitty in her free time.

Jennifer, originally from Virginia, is our kennel supervisor. She has been with our hospital for over 10 years and has a huge heart for taking care of your beloved furry family while they are under our care. Her husband and she have quite a household of fur kids. Together they have two dogs named Cassidy and Dogmeat, two ferrets named Rigby and Poopy, and 5 cats, Hope, Lucius, and Arya, Squantchy, and Nymeria.

Kristi is a veterinary technician who came to us from Texas. She has over 15 years of experience including some large animal, birds, and a few exotics. She has 2 dogs (Dandy and Widdle) and 1 Maine Coon mix named Squatchy. She is very active, into fitness, loves the beach, and sports. Kristi is a student at Pensacola State College obtaining a degree in Psychology. She plans to pursue her bachelors at UWF.

Cayla is one of our veterinary technicians. She moved to Florida in 2001. She has a very energetic son keeping her busy during her time off. She has a big cat named River that is spoiled beyond measure. In her off time, Cayla likes to be with friends, her son, and go to the beach.

Jenni is one of our certified veterinary technicians. She was born and raised in Pensacola. She decided to go to school to be certified because she has always had a passion for all animals. She and her husband have a dog named Eve, two Chinchillas, Celebi and Pikachu, two cats named Phoenix and Azazel, a corn snake named Taco, a bearded dragon named Plague, rats named Queso and Lumen, and a Tenrec named Sonic Sega Hill the Prickly Pear. Her hobbies include art, video games, and fishing.

Ashlee is a veterinary technician. She has been with our practice for a few years now. She is in school at Pensacola State College in the Veterinary Technology program. She is originally from Chicago and moved here over 10 years ago. She has two dogs, Hurley and Nelson, 3 cats, 1 turtle, and chickens. She enjoys the beach, camping, and horseback riding.

Danielle is our groomer with over 20 years of experience. She moved here from Texas 10 years ago. She, her husband, and two kids have 3 dogs, 4 cats, and a turtle. In her off time, Danielle likes to have friends over, watch Football, and enjoy the sunshine.

Ashley started with us as a receptionist and is now training as a technician. She is originally from Memphis, TN and moved to the area May of 2015. She has 4 cats, 2 dogs, and a bearded dragon. In her free time, Ashley enjoys spending time with her family and pets, doing crafts and projects, finding new places to explore with her son and daughter, Zane and Jada, as well as going to the gun range.